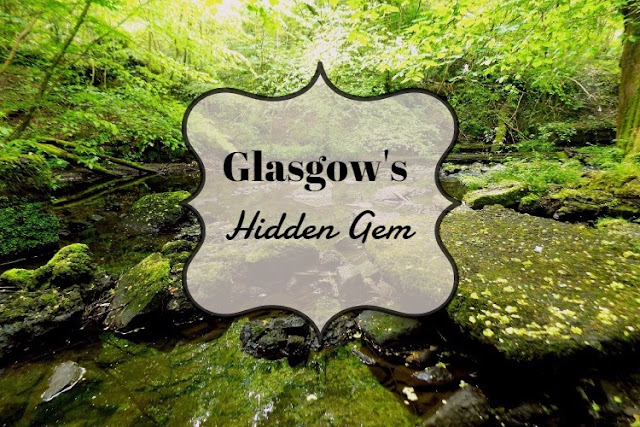 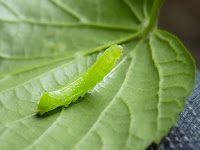 The other week, I decided to go for a small walk by myself. I had heard a lot about Rouken Glen Park, and heard that there was a waterfall there. Now anyone who has read my blog posts before, knows I am a sucker for waterfalls.
When I started the walk, I immediately smelled Garlic, and there was hundreds of wild garlic plants everywhere. They look so beautiful for having a horrible smell.
I followed a wee path down a burn, and this took me to a lovely little open stream. I headed back to the main path, and followed that 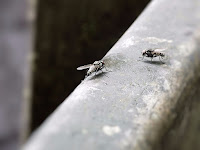 along. It turned into a boardwalk before long, and lead me straight to the first waterfall. It was stunning, but I didn't go down to see it until I was on my way back. I was too transfixed on having found a wee caterpillar. I had my camera with me, so I spent ages getting photographs of it! 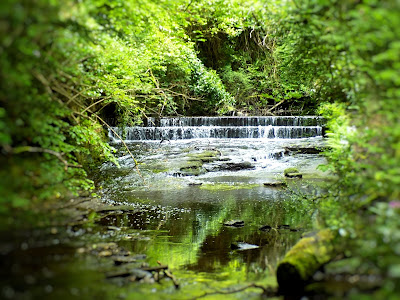 As I continued along the path, it got darker as the leaves let in less and less sunlight. The whole area had a dark green tinge to it, making it seem even more mystical. After finding a caterpillar, I was suddenly on a mad bug hunt. (I have a weird obsession with taking photo's of insects.) 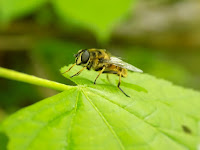 I had my camera focusing on every little thing I could imagine, while amazed at the natural beauty of this place. People walking by must have thought I was crazy. 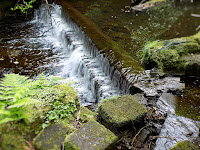 After taking about 100 photo's of a few bog standard flies and a bee, (maybe wasp) I carried on along the path to see pink rhododendron petals carpeting the ground, just behind this, I saw the second waterfall. This was a beautiful stone waterfall, with an old ruined building just down stream from it. I spent a good while just taking in the calming feeling of the water, while photographing more insects. (because I'm just that normal .)

By this point, it was getting on a bit, I had taken up more than enough time with the camera and decided to head back. It wasn't until I got to the car that I decided to check my phone for geocaches, and there was one which is an Earthcache- called Rouken Glen Gorge. I was instantly gutted I didn't go further, but what I did see was amazing.
Oh, and the first waterfall. I walked back up to it, and in true Scottish fashion, someone had placed a traffic cone in a tree. It really did just make it feel like home! 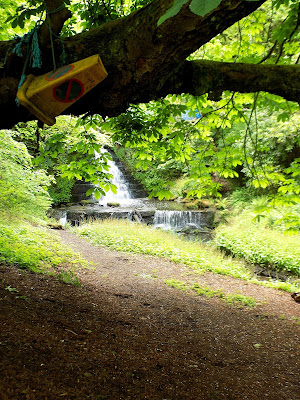