Hidden in Scotland: A Step Into the Fairy tales. 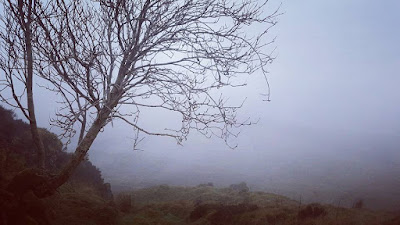 We've all heard Fairy Tales, about princesses, monsters, beasts, and magic.
Last week, I took a walk around some of the most magical and mythical places I've seen yet. 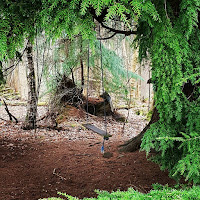 Once upon a time, I was driving towards to Conic Hill, but because of a "wicked spell " (valentines days drinks) I was the last one left to go. I was inexperienced on the hills, and decided that I shall not risk it on my own.
I decided to stop in Drymen. A quaint little village, with lots of options for walking nearby. I followed a trail of treasures, (or geocaches) which led me straight to Buchanan Castle. 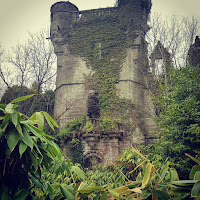 Its turrets creeped out from the bushes, and as I got closer, the air felt more and more still. When I was nearly there, an old rope swing hung from one of the tree's, not even moving in the slight breeze.. The castle revealed itself when I reached it. Covered in vines, and surrounded by overgrowing hedges. I could see a lion in the stone, guarding the inaccessible doors, and a balcony looking out above it, where a princess might have stood, one day. I followed a road around to the back, to find the treasures. There was the remains of a house or cottage there, that had an old stone cooker. I dreaded to think of what monsters lay inside the old oven.
I leaned down to find the treasures, but they had been stolen, leaving behind the plastic remains of a water pistol.
I decided to walk back to the car, after realizing that the castle was just too dangerous to enter, but my magical journey was not at an end yet. 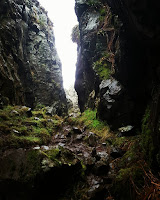 On the way back home, I decided to stop at a car park, just to have a look around, and too see what treasures lay here. I found out that there was treasure at the Whangie.
I started my journey up a rocky hill, the mist rolled in around me. Making the air silent. I finally came out on the top of hill and got out my portable treasure map, (Phone) the treasure was near by and contained a story about the whereabouts.
"The Whangie was created when Witches, Warlocks and the Devil met for a midnight meeting. The Devil ran so fast around the mountain that his tail sliced the mountain creating the rocky passageway."
I found the treasures and then followed the passageway all the way through. It was silent and eerie in the passage. No one else was in it with me. I wondered if it was this quiet when the witches and warlocks had their meeting with the devil.
I decided to get back to the car, and have some lunch. I had had enough fairy tales for one day.

Lunchtime was, and always will be, my happily ever after! 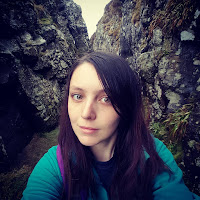