Over The Sea to Skye: Meeting the Old Man of Storr 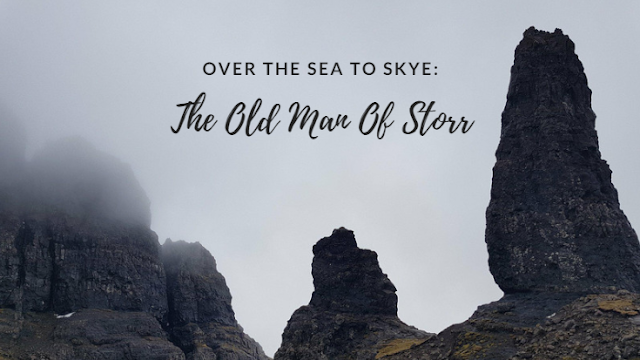 Ever since I was little I have loved Skye, my first knowledge of it came from the traditional scottish song;

"speed bonnie boat,
Like a bird on the wind,
Onward the sailor cried.
Carry the lad that was born to be king,
Over the sea to Skye."

I loved the name of Skye, the first time I heard it I thought they where literally singing about talking a lad to the sky, my imagination ran wild. Since then it has been one of my favourite songs, and I even sang it driving over the bridge. (Yes, I'm that level of cheesy.)

Forward to now. My other half now works up in Skye for 6 weeks at a time, and I was told I can come up any time I want.  I quickly took him up on the offer. I buried myself in maps, websites and books about walks in Skye for the week prior to arriving and made the decision that on the way to Dunvegan I would go up to see the Old Man of Storr. 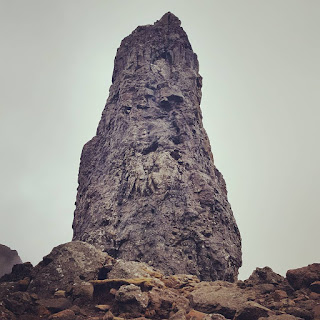 Let me first tell you a little bit of info about The Old Man of Storr. The landscape was created by a geological landslip, the cliffs behind the old man being part of the longest of these landslips in the UK. There are a few myth's surrounding The old man. The most popular tells of a Giant that lived in the cliffs, who died and was buried, with his thumb left poking out of the ground.
The other popular story tells of a creature called a Brownie. (similar to a hobgoblin.) Brownies live in people's houses and do work in the house at night. They will continue to do this until the people thank them for their services. A man once saved a Brownie's life, and the two became friends. One day the Brownie was out and the man's wife died and he in turn died of a broken heart. When the Brownie got back he was so upset that he carved a large rock out of the cliffs to resemble the man, and a smaller to resemble the wife. 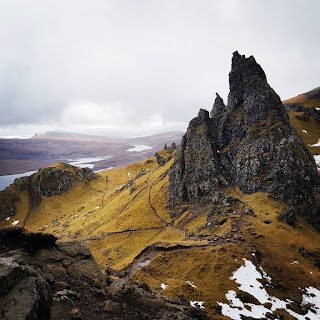 When I arrived at the car park, and saw how full it was, I nearly turned away. But at this point I had drove for 5 and a half hours to get here, and I couldn't let it go to waste. I managed to find a parking space, got the boots on and headed up the path. I've not been out walking for a fair while, and this was steep! My lungs didn't appreciate the walk very much, and I had to stop every 50-100 meters to take a breather. The path zig-zagged a little bit and every time the Old Man of Storr was in view, I was in awe.
The path soon turned from a nice gravel path, to a path made of mud and chunks of stone. It got very boggy. Most tourists turned around here, as they didn't have the right footwear, or clothes for that kind of terrain. (There where lots of fashionable people on the hill!) I nearly turned back out of lack of breath, but with a click of my inhaler I was good to go, for I didn't drive for over five hours to get here, and NOT go up to the Old Man. The closer I got to the magnificent cliffs, the less noise there was. The air seemed to stand still the higher I got, while the fog in between the Old Man and the cliffs was whisping dramatically, giving it that pure Scottish feel. 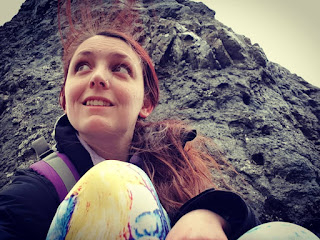 At the foot of the cliffs is an area known as the sanctuary. It was as if silence was echoing here. To my right was the foot of the Old Man of Storr, where any noticeable path stops and the terrain become's very loose. I scrambled up to the Old Man. The rocks and stones slipped underfoot so I had to keep myself very low to the ground and have a good footing. This part is only to be done if you are confident scrambling up. Once I was at the very bottom of the Old Man of Storr, the feeling was incredible. It felt peaceful, silent, and powerful. It felt as if even my own breath wasn't making a noise. I sat at the bottom of The Old Man of Storr, just being. Not thinking, not talking, not checking my phone. But just simply being. It was refreshing. 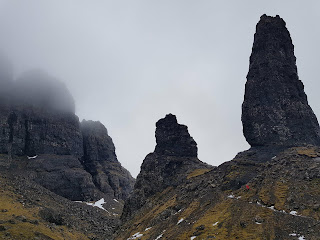 On my way back down, the boggy path became harder to keep steady. My legs where shaking from the steep walk up, (and the lack of exercise in the past few months.) There was one point where I literally felt like I was surfing the mud down the hill, controlling my slip in a very surfy kind of way!

The Old Man of Storr is definitely worth a visit, however I would say before going up to treat this with the cation it deserves, I saw a lot of people visiting wearing fashion shoes, and not bringing a bag of any sort, and although it is a short hike, anything can happen on the hills.

And until next time, Stay Inspired. 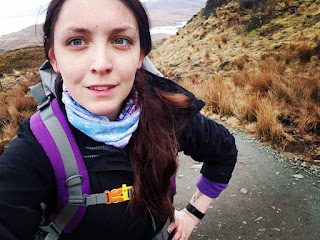