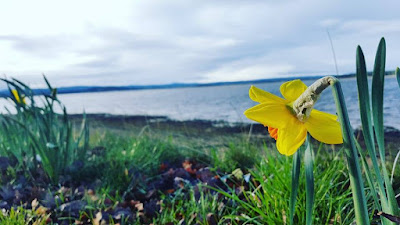 You may have noticed its been a bit quiet from me the last few weeks. Well there has been a fantastic reason why. I've been on a week long intensive Woodland Activity Leader Course.
I've been eyeing up this course for a few years now, and finally had the right reasons, and opportunity to take it.


Working as an outdoor nursery teacher, I thought this was the perfect excuse to go, (and for my own personal development). I was so excited about it. The course certainly didn't let me down. I have ended up meeting some amazing people, learning some ace new skills, and coming away inspired to learn and keep working outdoors. So read on for a peek into the life of a WALTer.

Day One: Meeting New People
On the first day, I arrived in Findhorn for the 2 hour session, at 7pm. No idea where I was meant to be going or what to expect. Would I be going outdoors? Would this be just a meet and greet? Who knew?!
I walked in to a brightly lit classroom where the Wild-Things! leader Jenny was setting up. (I was about 30 mins early.) I gave her my name, and she guessed where I came from and what I done, (or rather she  was testing her memory.) She immediately made me feel comfortable and my worries about a big, scary, meet and greet flew away.
Slowly my classmates trickled in until 7pm, which was when wee got given our timetables and folders, and then got to take part in a wee game. We had to ask each other three questions, to find out a little more about everybody, (the questions where on a sheet) and if someone said yes,  you wrote their name, until you had BINGO! It was a great icebreaker, and really got us all talking. We then got into a bit of the course, before it was time to go home. Excited to dive into this course with everything I've got. 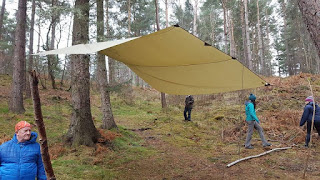 Day Two: My First Fire
Our first task on day two was to set up a giant tarp. It was pretty windy, very cold and, as always in Scotland, had a chance of rain. We all worked together and learned a knot straight off. The Siberian hitch. Within about half an hour we had the tarp up. 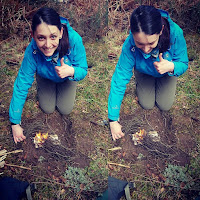 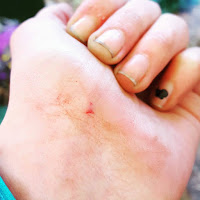 We then got shown the main safety stuff about fires, and how to set one up. This was really interesting as I had never lit a fire before. I had watched loads of people do it, but never actually sparked myself. We set off in pairs and headed out to make our own fires. First off we had to go and find some birch twigs, and birch bark. (Only as much as the tree is willing to give)  Once we had them we paired the birch bark with already collected Thistle down, and sparked onto there. I couldn't get the hang of the flint and steel until Jenny came along and helped me out. I had heaps of help from my partner too. But I managed to get it going! I have never been so proud of myself. Day one and I had set my first fire!!!

After we had set our fires, and put them out, we headed over to learn to two more knots. The guyline knot, and the Round turn and two half hitches. I picked them up quicker than I thought I would.


We finished off our day outdoors with some tool use, getting to know saws. Unfortunately I got to know the saw a bit too well, as it caught my skin on my wrist. It was luckily just a snag and I got right back into it. We then  headed back to the classroom for some Legal Roles and Responsibilities. I found this really interesting for if I ever wanted to do my own sessions.

Day Three: Knives, and Plant ID
This day was one of the most interesting for me. We talked a bit about the safety involved in wild food and then went out into the woods and started to get to know the plants and trees around the camp. It was really interesting finding out little things about the trees I see everywhere, such as pine pollen contains testosterone, so back in the day, men would eat some before going into battle. Or, the Rowan tree was known for protection against witches! (The list goes on.) It really sparked an interest for me, and since then I've not stopped looking at the trees and plants around me and researching them. 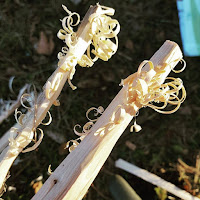 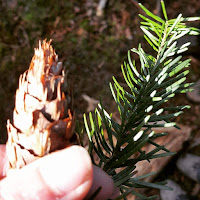 The second part of the day was knives. I was terrified I was going to loose a finger. We got taught all the safety instructions, and was let loose, (safely and with supervision of course.) I also found a real love for this. We split some logs and made feather sticks in the sunlight and around the campfire. It was one of the most relaxing things in the world, and I could have quite happily kept going for hours!

Watch this space for the rest of my Wild-Things! Adventure. I couldn't help myself writing so much about it, as it was just so inspiring that words can't describe.


Until next time
Jade- Your Introvert Adventurer.
x