Stepping out of the Shell- An Introverts Adventure with People! 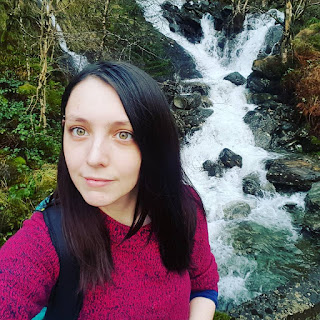 Being an introvert, and often having social anxiety, "new" can be hard. 6 months ago I moved to Glasgow. Everything was new, and very very scary. 6 months on and still no social life, so what better way to get one than to join a walking group?!
I joined the Rambling Roses Walking Group on Facebook. and decided to attend the Glen Loin Loop on the 15th January. I was nervous about my legs after the 12 mile walk, and I was nervous about actually meeting new people! I decided to ask my Grandma to come with me, she is my inspiration for walking, and only lives 33 miles away from me. 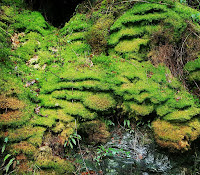 We met the other girls from the walking group at the Loch Long car park, and grabbed a cup of tea/ hot chocolate. When everyone arrived we headed up. We were going to do this clockwise. Most of the first section was uphill, and me and my Grandma both don't deal well with up hill and where struggling. It was my first big long walk, and my Grandma hadn't done a long walk for a while. But we plodded along. It didn't help that anything pretty we saw, we stopped to take pictures.  The other girls were used to this sort of thing, and a lot fitter, they shot off, I managed to catch up a couple of times for a few conversations.
About an hour or so into it, one of the girls came back to tell us that at our speed, we'd be walking until after dark. I told her we'd try our best to speed up, it's just the uphill, and our lack of fitness. 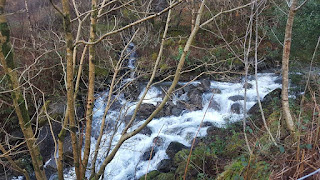 My social anxiety then started making me feel bad. "You're slowing the rest of the group down!" "Just turn back, it'd be easier for the rest of them!" but I quickly put those voices to bed, and told myself to keep going. I needed the training for some of the long distance walks I want to do!

We got to just about halfway, and found that the path had been flooded by the melting snow. We took a vote about whether to cross or not, both me and my Grandma said no. My walking boots aren't that waterproof, and I don't fancy a 6 mile walk with soggy cold feet. We all decided it'd be best to just turn back. We stopped for lunch. 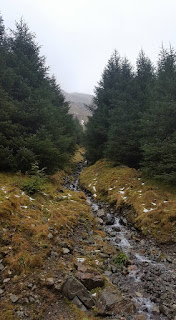 As soon as I stopped, I realized how sore my legs were. They were burning. All that uphill, I wasn't used to it. Our lunch break was fast, and we were off again. The path looked so much different coming down it. I was so relieved to be going downhill for a while. We walked with one of the girls for a while, and managed to keep up with the group for a little bit too! But then as the legs started locking up, and the feet started blistering, we slowed, and the group walked ahead, (which was fine by me, I didn't want to slow anyone down!)

We finally reached the shortcut, that shaves about 1 km off the route. The only problem that is its a wee eroded path, over uneven terrain. I knew my Grandma wasn't keen, and I wasn't terribly keen either. My legs weren't doing very well at this point. We opted to go the long way, and two of the girls came with us. 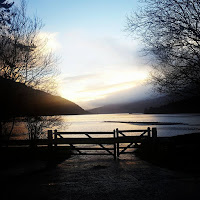 This way was gentle to the legs, and was mostly on flat ground. Which was a relief. It was quiet, like no one was around, and was a nice finishing point to the walk. When we reached the end, the rest of the group was waiting just to make sure we had reached the end ok, and we all went for a cuppa together. It was nice to have a chat with everyone, and rest my legs.

All in all, walking with a group is great and I am going to do it again, I just need to put my silly anxiety voice to sleep. The more I walk with people, the fitter I will get. Maybe one day I will be the ones that are fit enough to walk faster! 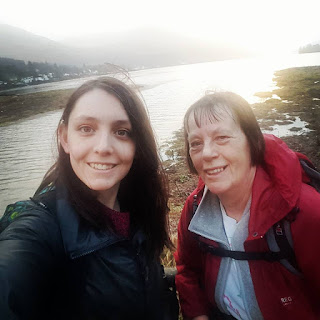